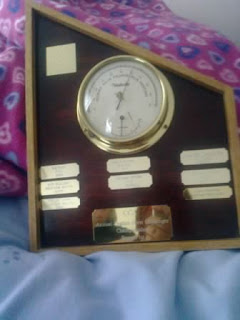 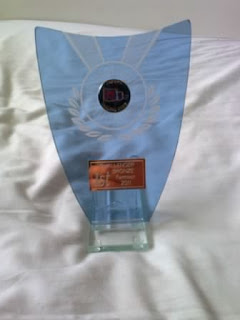 >I wrote a while ago about entering some creative writing competitions.  I heard yesterday that I didn’t win the last of them.  Which I’m totally fine with, I didn’t expect that.  I did pay extra for a critique and whilst a little hard to read it is very useful.  I do agree with a lot of what the critique says although this remains a piece I am proud of.  I thought I would share it below.  As yet I haven’t made any changes. Feedback is welcome

I’ve entered three competitions so far and plan to enter some more.

I’m not overly hopeful about my chances.  Mostly because the story I submitted to Writers’ Forum is an edited version of the one I read on Saturday.  Having since re-read it several times for practice and for the real thing I’ve spotted mistakes that I’d missed.  And, not long after I submitted my six word story to Arvon I thought of a better one.  I’ve been meaning to look into whether you can submit more than one entry to that.

I only finished, edited and submitted my entry to Jot Speak today (it started life as a writing exercise in the creative writing class and I’ve worked on it off and on since then).  You can read it (and comment on it) on that site.  It’s called Attitude is Everything.  You can enter up to three pieces to that competition and I have a couple of other pieces I may enter as well.  I’m not sure yet.

Regardless of whether or not I win, I am looking forward to the feedback and enjoying getting my work out there.  I definitely plan to enter more competitions in future

>The Arts Centre where I do my creative writing class (amongst other things!) held a literary day on Saturday.  Basically they held a second hand book sale for charity and they had readings from “local writers” AKA the creative writing class.  It was actually described in the e-mail that went round promoting it as “readings from local writers” and I thought, oh cool I’d like to know who’ve got for local writers.  Then I realised, oh shit, that’s me!!

So I gave a reading on Saturday which was open to the public!  Scary!  There were 9 audience members and I think they were all people’s family or friends but still they were all people I don’t know as no one I asked could make it (which to be honest isn’t a bad thing!).  And there were seven of us from the class taking part (including the tutor).  So we had more of an audience than we had participants which is always good.  It took about an hour and a half and I think my bit lasted 10 mins (I didn’t time it then but I did when I was practising the night before)

We’d done a group anthology project where the tutor wrote the beginning of a story and we all used it as a jumping off point and wrote our own versions of what happened next with the rule – if you don’t know or can’t remember – make it up!  He then wrote bits linking it together and an end bit.  And that’s what we read out.  It did go really well and it was interesting seeing how we’d all started with the premise of a certified haunted house and the promise of £1 Million prize if you spend the night and went in completely different directions.  I think out of all 10 of us who wrote bits (3 couldn’t make it on Saturday) none of us had similar stories and none of us had a character winning the million – although my main character ended up in the money for another reason.

I’ve entered a slightly edited version of the bit that I wrote into a competition.  Which is a very good thing.  But it also brings me back to a very bad thing – I re-read the piece several times getting ready for this.  And I’ve spotted several mistakes that I know I didn’t edit out in the version I submitted to the competition (basically that version has a couple of extra sentences to explain the “haunted house, spend the night, win a million” premise)

I was a little bit nervous but not a lot.  And I only got really nervous when the person before me was reading.